From the late 19th Century onwards, the westernisation of men’s clothing in the Indian subcontinent had fundamentally changed the sartorial landscape of the country. Their close participation in public life and with the British government had informed rapid sartorial transformation across the urban milieu of the country, accompanied by varying degrees of acceptance of European styles and items of clothing into the traditional wardrobe. In comparison, what Indian men wore at home remained relatively more rooted to their local contexts of region and community. This was not the case for Indian women; for whom, while the encounter with European fashion inspired experiments in silhouettes, fabrics and materials of making garments, it did not essentially change the ethos of traditional attires, both at home and in public.

In fact, it has been suggested that the willingness of women to hold onto their traditional modes of dressing was one of the main ways through which colonial presence was resisted. The saree, the unstitched drape, with its many regional variations, became the key symbol for the resistance. The saree established itself as a pan-Indian phenomenon as the struggle for Independence and the nationalist movement consolidated the many thousands of royal and princely states of the Indian subcontinent into the idea of a nation. One of the most telling ways in which this was expressed was the superimposition of the saree-wearing woman’s body on the map of peninsular India, becoming a ubiquitous symbol of the patriotic sentiments of swaraj or self-rule.

“This photograph is of my great-grandmother, Gargi Devi, taken in Cole’s studio, London. To its back is a handwritten note mentioning the year 1926. A child widow, she was sent from Ruby House in Lucknow, her family home, to pursue a doctorate in Cambridge. She returned a few years later, remarrying my great-grandfather, a widower with two children from his first wife. Almost 70 years since the Hindu Widows’ Remarriage Act, introduced in 1856 in British India, it was still uncommon for women to remarry and I have often wondered what courage it might have taken her to put forward a step so bold for its time.

Equally, I have wondered how difficult it must have been for her to leave for a foreign education in the first place, having rarely stepped out of the city in which she was raised. A vegetarian, what would she have eaten and where? How had she prepared for the long journey by sea to Britain? Did she travel alone? Who would have received her on her arrival? Where would she have stayed? And what would she have worn? In all pictures of her taken since then, till she passed away, she appears in a saree, worn in a style common in Gujarat and parts of Northern India, where the upper end is taken up from the right-side of the body, and draped over the top of the head. How did she negotiate with her identity as an Indian during her life in the foreign university? Was she tempted, sometimes, to experiment with the contemporary European fashion at all?” Image contributed by Mayank Mansingh Kaul, New Delhi.

“This portrait (to the left) is of one of my maternal great-great grandfathers, Dr. Major Ranjit Singh, OBE, from the early 1900s to 1930s, in the uniform of the British Army where he served as a medical doctor. This was probably taken either in Allahabad or Fatehpur, in the United Provinces (now Uttar Pradesh), where he maintained homes. This and the adjoining portrait of one of my paternal great-grandfathers, Pandit Sham Mohan Nath Kaul, who worked with the British railways, show how Indian men took to dressing in Western clothes through their association with the colonial government. The latter photograph was probably taken in Simla (now Shimla) or in Calcutta (Bengal), between the early to mid-20th Century. ” 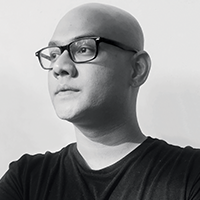