One of the most characteristic aspect of the current Indian gallery scene is the mixture of the notions of ‘commercial’ and ‘non-commercial’. Whereas in Europe these both categories are seen as fairly strictly separated from each other – the artist gets upset if someone suspects him or her to ‘work for the market’, the art dealer doesn’t consider providing educational events as one of his or her duties, the curator must be absolutely incorruptible - one has to acknowledge that in Mumbai, Delhi, Bangalore or Kolkata (or elsewhere in India), this separation probably doesn’t exist: artists create works on a cutting-edge artistic level as well as somewhat conventional works for their collectors, art dealers organize mainstream gallery shows as well as sophisticated talks on aspects of the current  art theory, and curators not only curate thought-provoking avant-garde shows but also work as art consultants or in a commercial gallery. And everybody is yearning for more contemporary art discourse.

Thanks to a curatorial travel stipend provided by the German Goethe-Institute I was able to travel around the above mentioned  Indian cities in February/ March this year, and to meet people from all areas of the contemporary art business: artists, curators, writers, gallerists, etc. The energy and the enthusiasm which were noticeable everywhere are extremely compelling and, even compared to vibrant European art cities like London or Berlin, amazingly high. I found that curators and art dealers in India usually don’t sport the over cool attitude which you find very often in their western colleagues – this is not only pleasant but also makes working much easier.

The competition in India is not yet so harsh – probably now most of the artists and gallerists would object to the perception, given that new galleries in Mumbai keep on popping up like mushrooms and that the interest of the international art market in contemporary art from India (whatever that means) has been growing and growing during the last decades until it somewhat overruns artists and art dealers – the latter a commonplace which is relevant nonetheless. But, still, compared to London or Berlin, the Indian art scene is rather small – a couple of dozen contemporary art galleries in Mumbai are opposed by around 400 (the numbers vary naturally) in Berlin, among them heavy-weights as Sprüth Magers, Contemporary Fine Arts, Eigen + Art, Daniel Buchholz and not least a branch of Nature Morte. (Bodhi’s Berlin episode in 2008 was rather short) – 400 galleries in one city, isn’t that a completely silly number? And only one or two hours away by plane there are cities as Brussels, London, Paris, Basel, Vienna – to name just the bigger ones – which all have buzzing gallery scenes, full of art dealers selling artworks, opening shows, and, not least, trying to get into the major art fairs in Basel, London or Miami.

Most of them can’t afford  to invest energy and money  into projects which don’t  promise to be profitable. This is why most of the European galleries are strictly commercial. And nobody  expects anything else, as  there are many public  institutions in Europe whose  only function is to promote contemporary art, to organize exhibitions, projects, events not for profit but for pleasure, education and  cultural development. (Yet nowadays there is a huge pressure on museum people to attract masses and visitors with their programmes but this is another story). Then there are plenty of public fundings for artists, project spaces and initiatives. Not enough, that’s for sure,  but still, they are existing. Stipends and educational institutions make an important part of most of the European public systems.

The public art museums in India are almost irrelevant in terms of the contemporary art discourse and a huge disappointment  for someone from abroad who visit them in order  to learn something about modern and contemporary art practice in India. The programmes are rather boring, the hang often disturbingly careless, and the educational material poor to non-existing. So it’s natural that most of the artists or young curators sooner or later go abroad to complete their studies there (preferably at the Goldsmiths in London which seems to be the measure of all things in the contemporary art scene in India), as, of course with some exceptions, the art academies in India have yet failed to overtake the leading part in the art discourse.

And this is where not only artists with their incredibly ambitious funding and residency programmes take over but also individuals and art dealers jump into the action: galleries like Mirchandani + Steinrücke in Mumbai work close together with the local Max Müller Bhavan; Chatterjee & Lal aims to provide a deeper insight into the not-so-easily-to-sell performance, video and installation art, in the same street Tushar Jiwarajka’s new art space Volte not only comprises an exhibition space in which quite regularly all kinds of events take place but also a café with book shelves and Wi-Fi, so that people can stay and get in touch and talk. This model of a mixture of gallery, café, library, space for events seems to be quite fashionable now in Indian cities, you also find similar places in Bangalore, Delhi or Kolkata where in January the Harrington Arts Centre opened the doors to its stunning new space.

For someone who is used  to the European way of separating between these things – you go either to the museum (and its café) or to a gallery opening or to the library or to a not-for-profit project space – this mixing is only on the first sight confusing. It doesn’t take long to see the benefits in this kind of ‘amalgamation’: distances are short (literal and metaphorical), people with all kind of positions and perspectives come together and can discuss beyond categories. Of course, there is the argument that money - being commercial – can confuse the objective view onto art, and this is doubtless the point why all the many, many undersupplied and struggling artists and their project spaces in Berlin and elsewhere want to stay away from selling art and the suspicion that they are buyable. But then: showing art in a space is always about ‘selling’, and looking at art is always about understanding and developing one’s mind, no matter if in a ‘commercial’ gallery or in an artist-run space or a museum.

And there is nothing like  an ‘objective view’ anyway - which is not to say that criteria and values don’t exist. They do. Let’s talk about them, anywhere and anytime. The recent unassertive attempts from the Indian government to support the contemporary visual  arts in the country should certainly not prevent Indian art dealers from continuing to contribute to the contemporary art discourse. Play commercial, play non-commercial – after all, who needs categories? 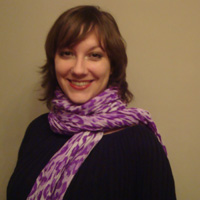 "Barbara J. Scheuermann works as an independent curator and writer in Berlin. She worked as curator of contemporary art at Tate Modern, London, at K21, Düsseldorf, and Haus der Kunst, Munich. In her curatorial work and her writings she mainly focuses on video and installation, questions of narrativity, performativity, gender and post-colonial theory. In Berlin she runs the art project space Babusch - Project Space for Art. Photo Credit: Nadine Preiss"