Reflecting on the Self and the City

The city has the potential to enrich the urban imagination of its inhabitants with its encounters of the everyday and simultaneously isolate individuals and communities. It is not just the physical characteristics but the social, cultural, religious, and even commercial character of the city that defines its identity.[i] For instance the site of experience and epiphany for characters in The Dubliners by James Joyce is the city. Urban spaces and their relationship with the characters as they undergo journeys of self-realization jump off the pages of Joyce’s stories as they experience desire, failure, and even tragedy. On the other hand, for Friedrich Engels, who is horrified as he writes about the squalor, working conditions and cottages of workers in Manchester, the city is a straitjacket that hinders their self-realization and emancipatory potential.[ii] The city can be a land of opportunity, a veritable cornucopia of abundance and paradisal qualities that offer and “sell” possibilities of a better life to its diaspora or it can encourage one to question the banal aesthetics of its concrete structures, futuristic facades, fragmented, and failed planning by hinting at the loss of cultural life.[iii]

Each of these nodal points connects to discourse on the city that is relevant to its inhabitants: what is urban identity and how does the city fire the imagination of the self? does it lead to self-realization or an abnegation of the self?[iv] How does the citizen of a third world country mediate between the desire for a universalizing modernity, the actual reality of third world modernities and the disorienting displacement and even effacement of historical identities and pasts in cities today? For artist Noor Ali Chagani, these appear to be complex dilemmas. Chagani is emotional as he narrates how the city of Lahore with its historic red brick architecture has given him everything from the fulfilment of his goals to inspiration for art making. His site of discourse may appear to be a homage to the city of Lahore but the choice of material and meticulous making and production of his works call for a much more nuanced understanding of Chagani’s work. His diminutive sculptures can be read as a microcosm of the tenuous and at times ambivalent relationship of the self to the city. The scaled down miniature sculptures depict everyday objects as a well as fragments of buildings under construction, graffitied walls and structures that are particular to many cities in the country; yet he localizes this global context in many of his works. Chagani focuses primarily on the use and depiction of two materials: fired clay that resembles red brick in appearance and concrete.

Late Mughal architecture in Lahore used red sandstone but also pink white marble. Colonial architecture used exposed brickwork to promote different forms and styles of brick. Mughal and colonial architecture in Lahore reflects both these styles.[v] Many buildings in Lahore in the Indo-Gothic Style fuse elements of vernacular and colonial style architecture such as those visible on the historic Mall Road constructed by the British. In the postcolonial period the influence of International Style and Brutalist architecture is visible in Lahore for instance the Alhamra Arts Council, Lahore. Constructed with common clay bricks, Alhamra reflects modern architecture but also carries a thick and heavy structure derived from Mughal methods of construction.[vi] Therefore, Chagani’s use of red brick embodies and already carries a distinct history of the city, one that reflects attempts to fuse and in some cases reconcile modernity with tradition, preserve a colonial past but then reveal a concomitant desire to aspire for a modernist future.

The scale and fragmented appearance of Chagani’s sculptures makes them ambiguous, one is compelled to spend time looking, observing and imagining where and how a wall or building may have looked before it was appropriated and painstakingly reproduced brick by brick. Which neighbourhood was he looking at? What kind of public space? Divorced from their surroundings and context, they disavow any reference to temporal reality. In short, the works mediate in a space that is between stasis and transformation. In this way many of Chagani’s sculptures, with all their ambiguities, imperfections, and textures of decay are able to destabilize direct references to specific histories. At the same time, his sculptures can be read as signifiers of contested spaces in the city, for instance the diptych titled Traces shows two rectangular fragments of walls placed vertically. Both walls overlap each other but never touch. The wall at the back is covered with red bricks. The wall in the foreground reveals the layers that make up its interior. Part of this wall has been removed brick by brick as if to deliberately reveal concrete, the material of modernity that embeds the crumbling texture of the red bricks underneath.

While one wall is somewhat intact, the other is subject to a kind of uneven decay and entropy. This transformation of space is often visible or rendered invisible in cities where ‘differences … multiply and intersect with one another in complex, fluid, and diverse ways. Differences are constructed in, and themselves construct city life and spaces.’[vii] The small scale of Chagani’s works, similar to that of doll houses and dioramas is a trope borne out of his need to compel the viewer to observe these incongruences in the city with the same attention as he did when he walked and experienced those spaces. Walter Benjamin’s love for the miniature size and its significance is summed up in words that apply equally to Chagani’s sculptures. Benjamin says, ‘To miniaturize is to make potable- the ideal form of possessing things for a wanderer, or a refugee…to miniaturize is to conceal…Benjamin was drawn to the extremely small as he was to whatever had to be deciphered…”for what is so grotesquely reduced is, in a sense, liberated from its meaning…’[viii]

According to Susan Sontag, miniaturizing has effaced the meaning and function one wonders. Following Sontag, Chagani’s disintegrating walls—mottled and pockmarked by the ravages of time—can be deciphered as an embodiment of the struggle for survival that is subsumed under many simplistic dichotomies. These dichotomies exist side by side in cities in the form of rich/poor, old/new traditional/modern and characterize cityscapes and facades today. Perhaps one can also read them as metaphors—are they tablets inscribed with a visual representation of the power structures that generate this difference and shape our cities today?

These concerns are also reflected in Is it Beautiful Enough where Chagani uses the miniature sculpture of a red brick wall, partially painted over with graffiti to reflect upon the forms of capital at work in city spaces that are contributing to the construction of meaning for different classes. Thus the meticulously sculpted pattern and variation in the red brickwork design tells us that it could be a fragment of a wall or a rooftop of a home or shop, implying a pucca house or the painted portion encroaching upon the traditional ubiquitous redbrick could represent economic activity or even a cleavage between social and cultural interest since encroachments and graffiti can often imply a slow slide towards ghettoization of neighbourhoods. The devil, as they say, is in the detail, so is Chagani asking us to acknowledge this palimpsest as a site of difference or as a site of division.

Shall we then look for beauty in in these public expressions or in a fragment of concrete or a piece of a ruin from a construction or a demolition—such as in Unfamiliar where a column of concrete covered with remnants of red brick and its height is accentuated by a cluster of reinforced steel soaring upwards, much like a sky scraper. Both these works explore the character and terrain of the city but sum up the dramatic shift in our aesthetics as inhabitants of cities. The question of which inhabitants and whose aesthetics is also pertinent. Are these sculptures conduits to a sensory and tactile dreamworld of a bourgeoisie wanderer or a working class dreamer?

This phantasmagorical quality of Chagani’s sculptures becomes most evident in the representation of everyday objects that are constructed from red bricks when they become the locus of inquiry into the self. In Desire a large string of roughly hewn terracotta beads hang lifelessly, as if weighed down not just by their materiality but also by their failure to perform their function. Is their inertia psychological, spiritual or representative of a collective identity unable to dream?

In It Was Not Outside but Within I and It Was Not Outside but Within II, as the titles suggest, expensive ornate mirrors no longer reflect one’s physical appearance but perhaps their interior emotional state. Both mirrors “frame” the same paradox of identity that is underscored by a sense of alienation and loss: one shows a wall of red bricks while the other shows exposed concrete dotted with remnants of the same bricks.

How Little I Understand About Me stresses the construction and existence of a city space that is a kind of a site of mental rumination for the viewer. Documented, appropriated, and created as a sort of personal narrative about the city, the sensory experience and associations highlight various realities while the juxtapositioning of concrete and redbrick re-enact the struggle of various modernities that vie for space in the city.

The notion of what a global city is has often been defined through a hegemonic western centric view[ix] that often edits out or redacts mention of many of the world’s cities that do not conform to its representation as defined by cities in the Global North. On the other hand, some of Chagani’s sculptures can be interpreted as ciphers of many such othered cities. The spatial and architectural inquiry in many of his works are not only specific to cities in this region but also he implies the possibility of their symbolic and cultural capital as emerging from a different set of historical, social, and cultural conditions from the West.

[v] Tahir Mahmood, Saima Gulzar, and M. Yusuf Awan, “An Analytical Study of Contemporary and Colonial Bricks from the Buildings of Lahore, Pakistan”, Journal of Research and Architectural Planning, 24, no. 1 (2018): 27–28. 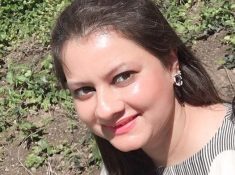 Zohreen Murtaza is a lecturer at the Department of Cultural Studies, National College of Arts (NCA), Lahore. She completed her BFA and MFA from NCA. Zohreen has been teaching and writing extensively on art since then. Her articles and reviews have been published in national and international publications.