Flowing with the Body

With the prominence given to ideas, thoughts and examinations, the human body, has always been understood on the basis of its anatomy. There has been a limited effort made to understand and reflect upon the body, based on a socio-cultural history. As a phenomenon, body has resisted various forms of articulation and at the same time, it has also transcended any language boundary. The group show, ‘Caressing History: Draft for a Body-based Historiography’ (13th April – 19th May 2018) curated by Adwait Singh, tries to bring body to the forefront, with the artists exploring the subject through their personal experiences, memories, and the intimate moments they have encountered.

The selected 14 artists in the show respond to how body can provide an alternate way of articulation and expression, through which the viewers can explore a body-based cultural and social history. Neerja Kothari’s drawing Trepid Traces shows how there has been an absence in visual representation of pain. She uses facets of (muscle-) memory in her works to interrogate and deconstruct the pain she has been through. Each speck of graphite in her gestural drawing is carefully numbered and depicts the struggle of finding a new language for somatic experiences realised during physiotherapy. The tactile experience and understanding of the world, further, finds resonance in the works of Malgorzata Dawidek and Ariana Page Russell. Here the skin appears as the primary medium of communication, fusing psycho-somatic remembrances with personal memoirs. They use their body as a screen to articulate its eventual inexpressibility; the skin being most sensitive of the organs, is turned to the task of depicting the tactility of change and passing time. “Silence never appears in its pure form” – appears as a body text in one of Dawidek’s photographic prints. While more such statements and questions keep on appearing on her body-deployed-as-a-screen, they run the risk of being viewed as arbitrary writings on the bodily wall.

As we continue our musings about lived experiences, we come upon an array of framed cotton pads carrying traces of makeup on them. A Month of a Woman’s Face by Iwona Demko, comments on a woman’s self-presentation/ projection in public, by means of a unique calendar calibrating time in units of cotton pads that are used for removing makeup at the end of the day. The careful cataloging of this mundane activity, therefore, becomes a way of drawing attention towards the time spent in buying, wearing and removing makeup. This anxiety of public appearance and self-presentation is further reflected in the works of Khushbu Patel. As the pages of her diary are turned, we come across the various stages of growing-up that are marked with failures, imperfections, emotional turmoil, etc. The diary is filled with such transient impressions from the life of a girl. Her works recall the memories of coming to terms with sexuality, pain and dealing with hegemonic notions of ‘beauty’. The women in the drawing Nursing this Wound by Vidha Saumya, on the other hand, seems to be engaged in a dialogue that shares a collective vulnerability and a collective healing.

A cactus is mostly associated with thorns, however, Kama Muta, a work by Shailesh BR shows a blooming cactus with a reflection on what one terms ‘ugly’ or ‘beautiful’. This is further deconstructed and ‘un-tabooed’ by Mithu Sen in her series of drawings, I Would Stilll Commit the Original Sin. These works open a space for dialogue, free from bias and judgement.

This space seems to be something that the protagonists in Sunil Gupta’s Sun City aspires to. The staged photographs comment on same-sex relationships and situations where it becomes difficult to express one’s desire.

This exhibition also features two video works. Installed in a teal grey bathtub filled with broken glass is Mariam Ghani’s Glass House Home Movies. The video reconstructs a past laden with military violence and civil wars in Israel and Afghanistan. Ghani accumulates her second-hand experiences acquired through media and the accounts of her parents and grafts them onto private scenes reenacted in the kitchen, bedroom or bathroom of her Brooklyn apartment. Jacolby Satterwhite’s video Blessed Avenue catapults one to another realm and space. The video comprises of a digital universe with neon texts, floating platforms and hoverboards, dancing figures engaging in sexual encounters. Inspired from the legacy of the scribbled drawings and songs left by his late mother, Patricia Satterwhite, the video shows the artist quest into queer desire and memory.

Ultimately, this show presents a world that is familiar and yet, peculiar. It effortlessly portrays works that attempt to bring forth the socio-cultural history of the body. The viewer is able to enter into the processes of each and every artist and is able to witness the politics behind it. What makes ‘Caressing History: Draft for a Body-based Historiography’ a thoughtful and important show, is that the body becomes the locus of reference, memory and imagination. Further, the works also represent a narrative history that looks beyond a singular concept and relooks at the linear temporality. Documenting a history based on the concept of “erotohistoriography” by Elizabeth Freeman, the show traces a body-based history in relation to present and against the discomfort, pain and memories. 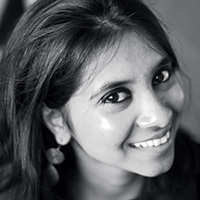 "Rachita Gupta has a Masters in Literary Arts from Ambedkar University, New Delhi and has an interest in mythology and traditional narratives. She has been involved in the cultural field with managerial capacity for over four years now, during which she has worked on varied projects that promote creative learning through art and has also been part of Tata-Trusts led program for the Indian Crafts Industry held in Ahmedabad and British Council Social Entrepreneurs Meet in IIM, Kozhikode." 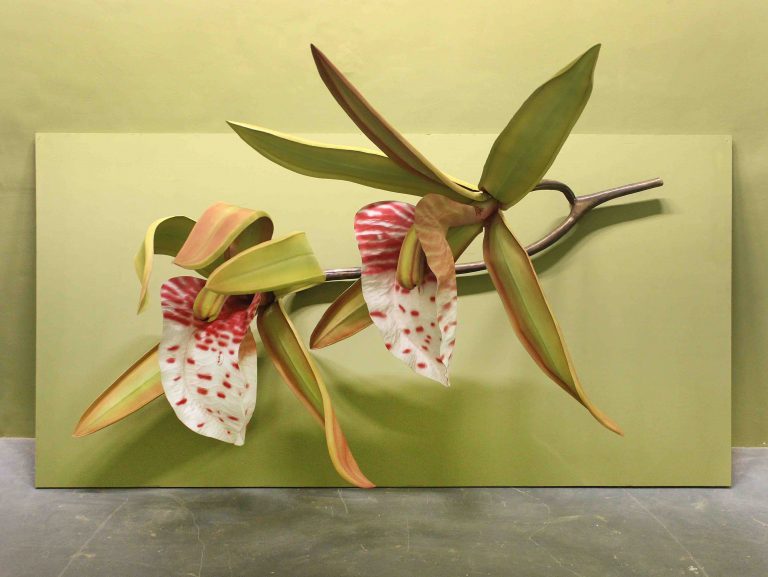