The Fair that Fared Well

With a series of changes, India Art Fair 2018 came out in a new cloak; and commenced its journey in a new direction. We take a deeper look at the direction and potholes on this path.

The fair had a new queen, a new council of ministers, and some new features and fonts.

With the ownership of the fair getting restructured last year, and the MCH group buying the majority shares from Neha Kirpal, the winds of change could be felt in the crisp, winter air. A sparkling new fair director, Jagdip Jagpal took over the reins in August the year before. A British national (of Indian origin), Jagpal has worked with the Tate, Royal College of Art (as a member of the development board), the Wallace Collection (as a trustee), and the ‘New North and South’ program.

With her background  in art, she streamlined the art being presented, and the decorum of the presentation. The basic visuals and layout of the fair was far superior to previous iterations, and so was the selection of the galleries, and the art being presented. Jagpal also insisted that only artworks previously not shown at fairs can be presented here, greatly elevating the quality of works presented by A-list galleries, who tend to present ‘burnt’ works in India, assuming it to be an underdeveloped/ Third World art market.

News of the drastic overhaul had reached Mumbai. Galleries like Chatterjee and Lal, and Jhaveri Contemporary made a comeback; and noticed the change: they expressed their satisfaction with the current edition, as well as the direction the fair is taking.

With over 70% of the galleries being from India, the fair had an interesting visual flavor, making  for a change from staid standard art fair picture painted with the Kusama, Kapoor, Hirst, and Koons. The Blue Chip New York and London-based David Zwirner gallery made their presence  felt with a polka dot pumpkin sculpture by Yayoi Kusama, which they proudly placed with an Indian collector.

Among international institutions, there were the usual suspects at  the fair: the Tate, The Met (New York), and Guggenheim (Abu Dhabi). The institution invitee list needs to be upgraded, and we do see the team of IAF travelling internationally to network for the same. It might be helpful to reach beyond the familiar and the familial, and initiate/ place Indian art in interesting cultural contexts. There is great interest in Indian art in the Far East; it might be worth the work to pursue the lands of the rising sun.

Most of the A-list Indian galleries who are part of the Indian Art Fair are also participating in one of the big fair circuits across the world (Basel/ Frieze etc), and have access to a certain section of the international institutions and collectors. Also, most of the mid-career/ established contemporary artists have at least one Blue Chip international gallery working with them, liaising with the international buyers. India Art Fair needs to offer something more esoteric to these, and international galleries, to be able to make this fair more than a mundane and charitable outing for the major galleries.

For the fair, the clients  are the participating galleries, as they are the ones coughing up the cash. The product being offered is not just the physical space to exhibit works, but an array of clients – institutions, new collectors, buyers, curators, academics, etcetera– that the galleries would not be able to reach ordinarily. This must be noted in all their further efforts.

Are we in Alice’s Wonderland?

Though, one does wonder, did the Kochi Muziris Biennale and the Dhaka Art Summit help in shedding some favourable light on Delhi? Both the art events have brought in considerable attention, and have placed the South Asian art domain into the global sphere.

According to the market analysis from ArtTactic’s South Asian Art Market Report 2018 (which was launched at the India Art Fair), the regional’s market grew by 13%  in the year 2017, and was worth $223m last year.* ArtTactic finds that gallery sales were stronger than auctions in 2017 (Christie’s shutting their India office in 2017), accounting for $104.5m ($81.1m of which came from Indian galleries); against $48.2m from Indian auction houses. Global auction sales of South Asian art accounted for the remainder.

The sources of this growth are diverse.

How to get the genie out of the bottle?

The fair reflects the market, as the market is presented at the fair. India Art Fair being the most important fair in South Asia has to aid, and reap the benefits of the growing South Asian market. Right now, the art market seems to have plateaued. The stagnation requires a more concerted effort, and imaginative solutions to create a market with a strong foundation, which can grow sustainably.

Other art fairs like D’Code, and local fairs like Art é Fair in Ahmedabad are already making in roads into creating new collectors. Both these fairs had the crème of collectors visit and cherry pick from a very tried and tested ‘art fair platter’ of artworks.

On the other hand, auction houses need to up their game. The heavy emphasis on the Modern masters (especially the Bombay Progressives), and the circulation of works within dealers has lead to a stagnation, and is reflecting the bubble we have seen once.

The market is opening up, especially with the surge of contemporary, mid career Indian artists getting solo exhibitions in museums and institutions internationally. Also, tribal art, and antiquities market in India is seeing a new ray of hope. New web- based market platforms for tribal arts, a serious push from the government and the draft for Antiquities and Art Treasures Regulation, Export and Import Bill, 2017, which seeks to scrap special licenses for selling art objects more than 100 years old within the country, are shining new rays of hope.

China has superseded Europe to become the world’s second largest art market, accounting for over twenty one percent of the global art sales. Though, their growth is backed by the surge of billionaires in their country. We need to progressively increase both the volume and the quality of buyers in India; accessing other clusters of histories of taste and wealth (move beyond the metropolitan   cities), and invest in art education, beyond the microscopic group of the art collectors. We need to empower/ skill people to help build a greater and grander art market.

The new direction of the fair looks a lot more sustainable, as it is looking to develop the market, and not just push sales at the fair. The new direction seems to be leading to a new light; but pot holes, and wrong turns must  be avoided, and the dependence on Google applications, and (other American systems) must be treaded with caution. 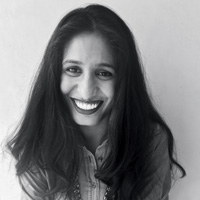 Priyanshi Saxena is an art advisor, curator and writer, keenly working on restructuring and reviving the Indian art market, from the ground up (looking at the Tier - B city markets). She has worked with contemporary and modern South Asian art galleries, focusing on institutional acquisitions, and international art fairs. She has been curating exhibitions in Delhi and among others, worked on a collateral project at the '56th Venice Biennale'. She has also written extensively on contemporary art practices and art collecting.