In 1976 a group of three artists and one art critic co-wrote a  seminal text arguing the virtual non-existence of a Brazilian art market was not to be celebrated as a sign  of artistic freedom. The artwork produced under these circumstances, they claimed, still found its way to the hands of marchands and collectors, yet for the most part it remained critically unchallenged and its history unwritten. In the last ten years Brazilian art has experienced an unparalleled boom. Contemporary artists such as Beatriz Milhazes, Cildo Meireles and Ernesto Neto have risen to the post of international stars with exhibitions at key institutions in Paris, London and New York, to name a few. The late Helio Oiticica’s work has called for a radical re-evaluation  of Eurocentric art historical canons. Last year’s edition of Miami Basel saw ten galleries from Brazil setting up booths.

For the current issue of TAKE, I looked at strategies conceived by Brazilian art galleries to promote, advance and support contemporary art both domestically and abroad. The precarious state of museums and other institutions puts galleries at the forefront of our cultural discourse. Moreover, while the rest of the world plunged into crisis, Brazil only suffered a mild economic setback. Since last year it has been business as usual (never better) in all spheres, including art. There are now about twenty-five contemporary art galleries in Brazil and many of them have become regulars at international art fairs. But what have they done to bring the boom home?

A Gentil Carioca, established in 2003, is an artist-run space based out of a small two-storey 19th century house, formerly  the studio of its director, in historical downtown Rio de Janeiro an area known for its busy market Saara (Sahara). Gentil created ‘Parede Gentil’ (Gentile Wall) to expand its physical space and interact with its surroundings. The project invites artists (not necessarily represented by the Gentil) to produce site-specific works for the lateral façade of the gallery. Artist Guga Ferraz, for instance, hung several hospital beds onto the façade and in no time homeless people had occupied them. Collectors are invited to sponsor ‘Parede’ and the project  is now in its 30th edition. Every year at Gentil, the group show ‘Abre-Alas’ (Opening Company, in homage to samba schools), held just before Carnaval, brings together a number  of emerging national and international artists, who are selected based on their portfolios. For the past three editions of ‘Abre-Alas’, a small newspaper-format catalogue with texts written by the chosen artists and images of their particular works was produced.

Despite not being run by artists, other galleries have developed projects that position them between a cultural institution and an experimental art space. For the past six years Galeria Vermelho (Red Gallery), open since 2002 in São Paulo, has organized the performance festival VERBO (Verb). Artists from around the world are welcome to submit proposals (a form is available from the gallery’s website) to be selected by a jury of curators and critics. The not-for-profit show is entirely sponsored by Vermelho and all artists waive their fees. This year, for example, ‘VERBO’ is scheduled to last six days and occupy every gallery room, as well as the patio. The event will also encompass activities dedicated to the understanding and the advancement of performance, such as the third edition of seminar ‘VERBO’ Conjugado (Conjugated Verb), the launch of books and other publications and a creative workshop.

On a similar note, in 2010, Gallery Luciana Britto Galeria (which opened its new HQ last year in São Paulo) plans to showcase new and historic works meant for the public sphere – including performances, internet art, pamphlets and other viral pieces – under the umbrella Galeria Expandida (Expanded Gallery). The curatorial platform will, among other things, hold a series of artist talks and  publish an accompanying  bilingual (English-Portuguese) catalogue. Back in  downtown Rio de Janeiro,  Progetti (Projects), founded in 2008 by co-owners of  Sprovieri Progetti (London), specializes in bringing international artists for a  sojourn in Brazil where they produce and exhibit new works – Greek Arte Povera artist Jannis Kounellis was the first one.

Continuity is a very important part of any successful enterprise. Over the years, Gentil and Vermelho have shown they are committed  to making special projects become an essential part of their galleries. Progetti and Luciana Britto have also embraced novel forms of supporting the arts. These private sector galleries serve very effectively as a means of divulging art to the general public, but ultimately they call attention unto themselves to promote sales. In this sense, they cannot be substitutes to public arts institutions; in fact the former may well have an adverse effect on the future of the latter. Brazilian attitude towards public art institutions must change for sustainable development to take place; after all, profit should not be the principal motor of the arts. Only when art is secure within a public framework can we be certain that it is accessible and appealing to all, providing an environment where it can evolve and therefore play an important role in society at large. This will be the true re-boom. 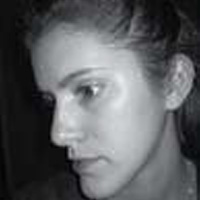 Ana Luiza Varella, completed a Master of Arts degree from UCL (University College London) in History of Art in 2007. After a brief spell in New York at The Drawing Center she finally settled down in Rio de Janeiro and has been working as a freelance writer and as a consultant for the Museum of Modern Art (MAM-RJ).