Mithu Sen’s practice often looks for the softest parts of vulnerable industries— language, the gender binary, or sexuality under the capitalist lens—and pulls the rug out from under them. In her most recent solo show at Chemould Prescott Road, Mumbai, she attempts to pull the rug out from under herself, too, and the show is thus titled ‘UnMYthU: Byproducts of Twenty Years of Performance’. The premise for the show is simple: that Sen’s life is an ongoing performative act, and the works in the show are merely the byproducts of this otherwise larger body of her, quite literally, life’s work. This seems to tug hard at the heart of the contemporary condition—we are of course all ‘performing’ our lives as much as we are ‘living’ them.

Although the premise of the show might suggest that it is an exposition of Mithu Sen we are getting when we enter the doors of the gallery, it is actually something far more specific: it is Mithu Sen under the market lens of the art world instead.

For instance, she knows that her drawings and paintings are favoured by collectors, and on the opening weekend of the show she quietly announced a ‘discount’ of the works titled Museum Piece #4: (un)drawing where “Each byproduct will be offered to interested buyers at 10% (5% + 5%) lesser than the current market value at the time of the sale.” Sen is acutely sensible that her drawings are her most market-friendly works, and thus the most susceptible to a market fluctuation.

What otherwise the art market attempts to hide, or in the very least keeps behind closed doors, Sen works are hard to reveal: she is not interested in being tied to a market assumption, neither is she interesting in “keeping the secrets” that are otherwise rarely discussed outside of the closed rooms of dealers, collectors, and museum buyers. She continues to land punches at the precariously balanced and maintained art industry: Sen still runs a project entitled Free Mithu in which she sends a free drawing to those who submit love letters to her via an online portal.

To pull the rug out and hang it to show in a gallery space, is as much a confrontational gesture as it is the pure aestheticisation of a totally abstract set of numbers and legal jargon. It is also the artistic equivalent of holding a mirror up to the art market, and showing each of its players their own knickers, so to speak. This begins with a display of legal paperwork (akin to that produced for the sale of artworks) signed, stamped and encased in glass vitrines instead of a curatorial note. The ‘customised legal declarations’ bound all visitors under a ‘contractual mandatory protocol’ for each of the six set of works that formed the show. Each set of works is considered to be a single Museum piece, of what Sen declares is her Museum show. Another sharp punch: Sen is showing us how dependent artists are on institutional recognition.

Indeed, ‘UnMythU’ has knickers abound: from a set of works entitled Museum Piece #5: Return Gift for Sale, in which she makes drawings and sculptures from small presents she has received over the years; to Museum Piece #3: (un)poetry, where a tower of acrylic cases are filled with handmade books- accompaniments to a large painting that, at the end of the show, was divided into a 100 separate pieces and distributed to collectors. Collectors now co-own the larger painting, but do not know who own the other pieces or who the others owners are. They can also be asked at any moment to loan their piece back to the artist.

Sen writes in her note for ‘Return Gifts for Sale’, ‘Additionally, the whole and each of its components have compounded identities and sale values derived from an ongoing emotional exchange between giver and receiver.’ This is pointed toward an uncertainty: by likening the value of identity to that of compound interest, Sen reveals the superfluous nature of the way in which we attach value to identity. She, instead, attaches tangible value to emotional exchanges between ‘givers and receivers’, which we may see as the relationship between viewer and object, and solidifies the only thing we can hold to be real in a contemporary moment where we are governed not by the state, but its markets—our personal relationships. Despite her cynicism, Sen reaches close to the bone of what is most insecure, and with that hopes to solidify our connection to her, and to her work.

All images courtesy: Chemould Prescott Road and the artist. 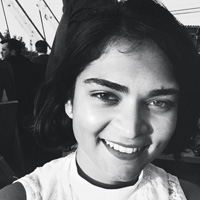 Skye Arundhati Thomas is a writer and editor based in Mumbai. She writes for e-flux, ArtReview, Frieze, and Artforum, among others. Her work pays special attention to contemporary art, culture, and histories of the subcontinent.