Decolonisation Doesn’t Have a Synonym

‘A beast, a god, and a line’ walk into a room. The trifecta proposes for a universal history, a call in which a response is required. To wit, are we complicit witnesses to perpetual violence or accomplices in effecting a global decolonisation project that has yet to realise its mission? ‘A beast, a god, and a line’ is comprised primarily of textile works, unfolding a story that begins in early Austronesia and ends in South and Southeast Asia, taking Bengal as its heart. Several eras of history backend the affinities of a current political reality, riddled by religious nationalisms and refugee crises. Curated by Cosmin Costinas for the Dhaka Art Summit (2018), ‘A beast, a god, and a line’ was then shown at Para Site in Hong Kong (2018) and will continue to tour to TS1 Yangon in Myanmar and the Museum of Modern Art in Warsaw, Poland. In Dhaka, the site where the Non-Aligned Movement was midwived following the 1955 Bandung Conference, Costinas brought together works by 55 artists in an aspirant mapping of, what he describes as, an “already fragmentary and decentralised art world.”

At its core, the very problems facing decolonial discourse— where to start, whom to speak—are what make this exhibition both difficult to digest and formidable to piece together. It is unsettling because it disavows innocence. The didactics are informative: of historical legacies, colonial kinships, brutal politics. Beast, god, and line all gesture at something greater than what can be individually imagined. As shown by exhibitions, Costinas has curated in the past and this one being no exception, the works are assembled to resist epistemic foreclosure and relegation to metaphor. The project as promised must be carried out collectively. As Eve Tuck and K. Wayne Yang wrote, “Decolonisation doesn’t have a synonym.” It is a historical process and its material history—some of which is assembled in this exhibition—is what lends form and allows for contingency. To change the order of the world is a violent process, maybe even perverse. To address this, the final day of the Para Site exhibition period hosted ‘Perverse Decolonisation’, a public seminar bringing together scholars from the region to address the impasse reached by postcolonial studies.

Before the fragmentary and decentralised art world was connected by traveling exhibitions, people were connected by sea. Charles Lim Yi Yong’s Stealing the Trapeze (2016) comprises a two-channel video installation with books. The videos depict seafaring people leveraging their weight against the wind-filled sail of a catamaran. Used as early as 5th century CE in today’s southern India, it’s the barebones vehicle on which Austronesian people first migrated to the islands of the Pacific. An age of exploration that predates the series of so-called discoveries of the West, the drawing of geographies is also shown in Feudal Fields (2018) and Mapa de la Isla de Buglas (2017), mixed media and embroidery on fabric and canvas by Cian Dayrit. Bright hand-drawn lines make a map of sugar production in the Philippines, from its colonial past to its neoliberal present. As a gesture to the fabric maps bestowed between colonial rulers as proof of their imperial prowess, Dayrit gifts us his reading of the land in these tapestries.

Another take on the meeting of global mass production and the subsequent threat to the handcraft is Sheelasha Rajbhandari’s My Great-Great-Grandmother’s Shawl (2017). A series of large black and white photographs with hanging recreated from hand-printed muslin, Damber Kumari shawl hung on the side with a dense patchwork of clothing tags, the artist asks us to question the provenance of our garb—not just the origin of its pattern, but the very hand that made it. Other works interrogating the authenticity of labour center on the act of voicing, in which the speaker matters as much as what is spoken. Thao-Nguyên Phan’s Voyages de Rhodes (2014 – 2017) series has the watercolour images of Vietnamese industry and labour over a copy of a 1966 French language travelogue Rhodes of Vietnam: The Travels and Missions of Father Alexandre de Rhodes in China and Other Kingdoms of the Orient. In Paul Pfeiffer’s single-channel video and wooden sculptural work Incarnator (2018), the artist samples Priata Oshru and Sushmita Alia Rhidi’s cover of Despacito. A 2017 hit single by Puerto Rican singer Luis Fonsi featuring Daddy Yankee gets remixed by Canadian pop icon Justin Bieber gets covered by two girls in Bangladesh. Incarnator or encarnador in old Spanish describes a carver of Catholic saints, particularly prolific in the Spanish colonial period in the Philippines. Specifically, it is in reference to the final stage of the production, in which the worker applies a skin of paint lending the image liveliness.

In music video We are not your monkeys (1996) directed by Anand Patwardhan, Dalit singer Sambhaji Bhagat leads a call and response, “We will be monkeys no more / We will sing songs of humanity / And we will make you human as well.” Bhagat sings of how the Indian elite have turned Hanuman into a monkey god, how women are demeaned by the burning of Sita. Interspersed with the shots of the singing circle are scenes of Dalit labour, the working majority that keeps everything going. A white thread hangs between two fixed points, creating an exponential arc. The yajnopaveeta or janeu is typically worn by the Brahmin caste in Hinduism, from the left shoulder to the waist. In ‘A beast, a god, and a line’, it hangs alone, a marker of class and a symbol of violence, spurred by caste conflict. The bodies that wear and make the textiles, become spectres against brightly painted walls. Friendly spirits, they remind us of what it means to labour and provide spiritual counsel.

‘A beast, a god, and a line’ constructs a framework that takes textile work as its locus of knowledge production. Building a material case for a universal history written by the globally underclassed, portraits of workers — grandmothers, Dalit people, sailors, singers, and so on — and proof of their craft hang in the galleries. Maps reroute our understanding of western mapmaking practice, which takes the viewer as purveyor and overseer. As colonial symbols reappropriated, the tapestries and posters request a long look. Resurgent indigenous identities and technologies arise amidst depictions of surging religious extremism in the region. No singular standpoint. No singular futurity. In a workshop at Para Site, the last weaver of sea silk gave us some shop talk. Maestro Chiara Vigo sang incantations to the thread spun from pen shell filaments. Vigo said the thread she was spinning was dedicated to women everywhere. And like this exhibition, the thread cannot be typically transacted, it can only be given.

‘A beast, a god, and a line’ is organized by Para Site, Dhaka Art Summit, and Museum of Modern Art in Warsaw. It was first shown at Dhaka Art Summit in February 2018 and subsequently at Para Site, March-May 2018 and TS1 at Pyinsa Rasa Art Space at the Secretariat & Myanm/art Gallery in Yangon, Myanmar in June 2018. It is on view at Museum of Modern Art in Warsaw at the Wybrzeze Kosciuszkowskie 22 & ul. Panska 3 in Warsaw, Poland from July 20 to October 7, 2018.

All images courtesy: The artists. 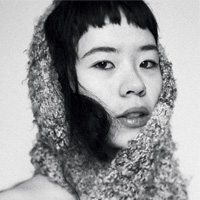 Hera Chan is a curator and writer based in Hong Kong. Co-founder of Atelier CÃ©ladon in Montreal, Hera has engaged herself with diasporic people to socially engineer a future that is already possible. Formerly, she was the Director and Curator of Videotage in Hong Kong and a Researcher at the SEACHINA Centre. She has curated exhibitions and public programmes at Para Site (Hong Kong), Spring Workshop (Hong Kong), Ullens Center for Contemporary Art (Beijing), SBC Gallery of Contemporary Art (Montreal), Studio XX (Montreal), and Articule (Montreal).